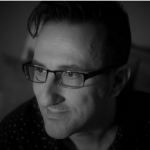 Demetrios Kyritses teaches Byzantine history at the University of Crete since 2000. He has studied in Athens, Paris and at Harvard University, where he got his PhD in 1997. His main field of expertise is Byzantine history, beginning with the social and economic history of Late Byzantium, especially the Byzantine aristocracy, which was also the subject of his doctoral thesis. More recently, his research interest expanded to other periods and thematic fields. As part of a broader interest in agrarian economy he has studied the villages of Asia Minor and, later, state landed resources in Late Byzantium and, in general, the organization of production in the frame of large estates during that period. His other major interest is institutional history. His initial research produced a study on the judicial system after the 12th century. Gradually, in the context of a broader investigation of Byzantium’s place in the development of political ideology and practice in Medieval Europe, he was led to his current research topic, the process of collective deliberation and the importance of councils and assemblies throughout Byzantine history. This has already produced two articles, and several presentations, whereas he is presently preparing a monograph on the topic.

His teaching activity at the University of Crete covers a broad spectrum of topics from the entire Byzantine period, with some emphasis on social issues, as well as the relations between the Byzantine word and Europe.